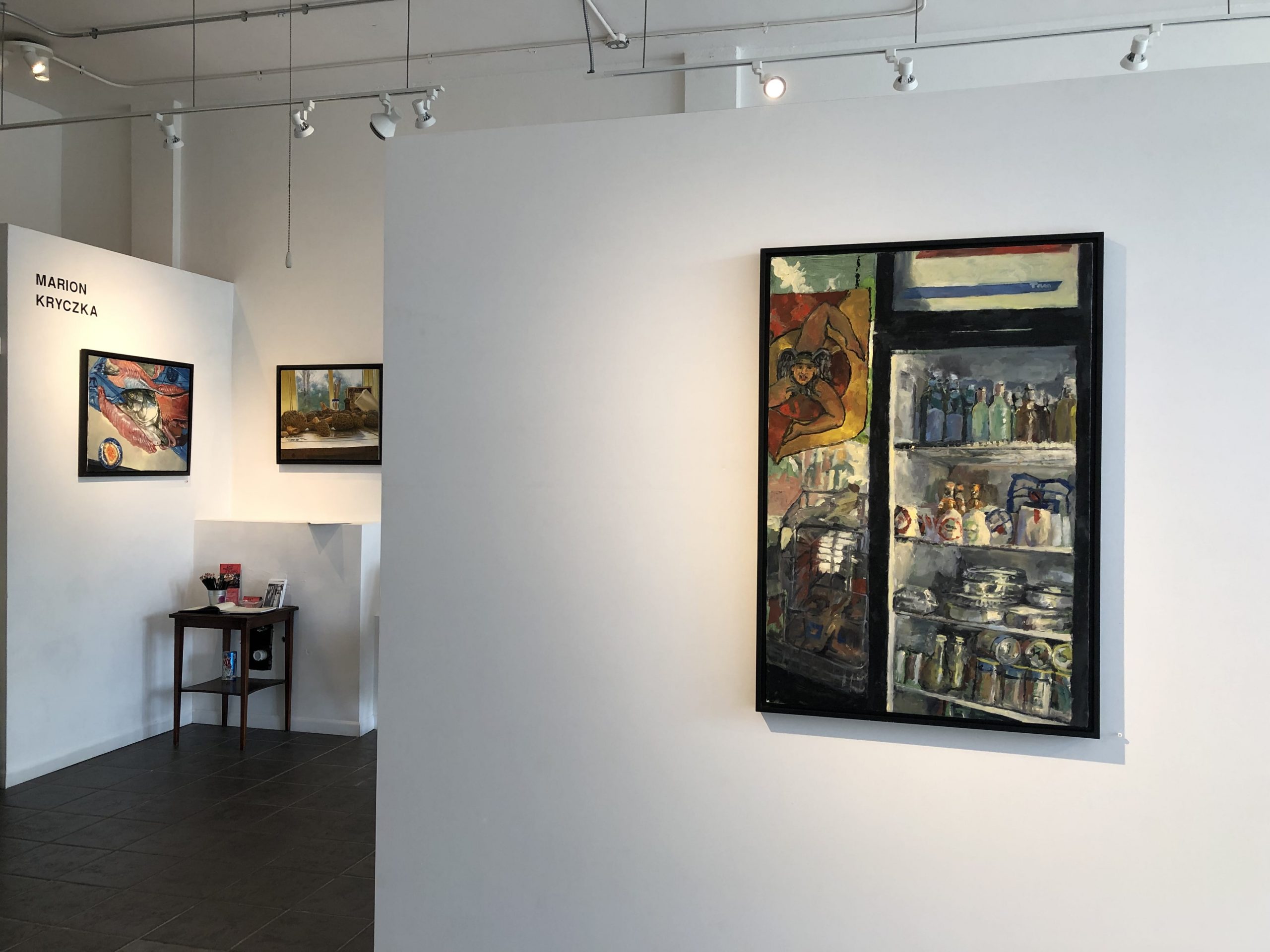 This past Saturday, July 30, 2022, artist and educator Marion Kryczka passed away. He is survived by his loving family: his wife Martha, his children Nick and Anna, and his sister Susan.

I first encountered Marion as an undergraduate at The School of the Art Institute of Chicago. The first day of our Intro to Figure Painting class, I think there was a show of Impressionism at the museum at the time, Marion captivated his students by expressing a pointed disdain for Renoir’s painting. Shocking to my 18 year-old brain (I definitely had a large Renoir poster in my bedroom in highschool)! His vitality of appearance – crew-cut, red suspenders, omnipresent cigar and alert gaze – matched the revolutionary impact of his manner of speaking. Every story was an adventure punctuated by curses.

Many of his students (myself included) took his class repeatedly, religiously, obsessively. A magnetic story-teller who was passionate and deeply knowledgeable about painting and drawing, he was sincere in his encouragement. He was just as forthright when he was telling you how much you were fucking up a decent painting.

I clearly remember a lesson in that first year where Marion directed us to the “white” walls of the classroom. “What color is that wall?,” he asked the group of attentive meatheads. It was a trick question that asked us to really look and observe, not make assumptions about what we thought we were seeing. As soon as he asked us the question, we could suddenly see that the wall was not white. We saw ultramarine blue in the shadow and a touch of cadmium yellow medium in the hot area where the light hit it. That lesson was the foundation of my understanding of color and painting.

Years later, I was lucky to share a studio with Marion in Ravenswood where he continued to encourage me and tolerated my “open studio” events. Later, as the effects of Parkinson’s worsened, he had to give up the studio space but continued to work at home – mostly on drawings. Although the loss of the skill he had spent a lifetime building was painful to him, I consider many of his later works successful and meaningful. In particular, a later self-portrait which shows him in his chair at the easel. The determination, focus and will communicated in that self-portrait are intense. It’s one of his best, I think.

I feel like I was always bugging Marion about his website and showing his work (Marion had no use for galleries, gallerists or computers) and I invited him to show his work at the Eat Paint Studio gallery in 2019. He graciously accepted. We showed several of his drawings and a few later paintings – including the self-portrait mentioned above. Here’s a link the press release for that show.

Marion made a difference in many people’s lives. He will be missed. You can view his paintings and drawings on his website: MarionKryczka.com

Read the full memorial written by Anna and share your memories: https://www.gatheringus.com/memorial/marion-kryczka/9468

For those interested in making donations in Marion’s memory, here are two options which were meaningful to him.

The Japanese American Service Committee: This neighborhood organization in Chicago provided a warm and welcoming community of care for Marion. Their Adult Day Services offers supportive services to the elderly and their families.

In the memo section, please type in for Adult Day Services. Donate to The Japanese American Service Committee here.

Please share your memories of Marion here. You will need to create an account, and navigate to his page or search “Marion Kryczka”. His obituary was published in the Sun Times here.